In the pickling quartz sand washing plant, pickling has the effect and function that cannot be replaced by water washing, flotation, magnetic separation and other methods. It can effectively remove the impurities in the quartz sand in the form of inclusions, which is an important means of processing high-purity quartz sand. Acid concentration, time, temperature, acid washing, process and equipment are the main factors affecting the pickling effect.
1.Acid concentration
In fact, the pickling process is to make impurities react with acids. Under certain conditions, the concentration and composition of various acids are different, and the reaction effect with impurities is different, so the influence on the quality of high purity quartz is also different.
There are a lot of epidote, rutile, mica and other impurity minerals in the raw materials of quartz sand ore, most of which contain metal oxides and salts attached to the surface of quartz ore. hydrochloric acid can react with various metal oxides and salts to form soluble chlorides, but hydrochloric acid can not dissolve most silicates.
Many of the associated minerals of quartz sand are silicon bearing minerals, so a certain proportion of hydrofluoric acid is needed to effectively dissolve the silicon bearing minerals in quartz.
The practice shows that with the increase of acid concentration, the more the total number of reactant molecules and the more the activated molecules in unit volume, the reaction speed will increase and the pickling effect will be improved. 2.Temperature
Temperature plays a decisive role in the pickling effect of quartz sand. Associated minerals such as epidote and rutile have little interaction with acid at room temperature. If they are heated when soaked in acid, the effect will increase with the increase of temperature.
The higher the temperature is, the faster the molecular motion is, the number of collisions between molecules is increased, and the reaction speed is accelerated. On the other hand, heating can make the inactive molecules in the solution into active molecules, which speeds up the reaction speed and improves the treatment effect.
However, at 60 ℃, the temperature rise also accelerates the volatility of acid, so the pickling temperature is about 50 ℃. If the pickling equipment can be sealed well to prevent acid volatilization, the effect of high temperature treatment will be better. 3.Leaching Time
Under the condition of constant acid concentration and temperature, the acid leaching time of quartz directly affects the impurity removal effect. In winter, the outside temperature is low, and the reaction speed between acid and mineral impurities in quartz is slow. It needs to extend the acid leaching time to achieve the desired effect.
In addition, the acid leaching time is also related to the particle size of quartz. The quartz particles are small, the contact area with acid is large, and the reaction speed is fast. Because the impurity elements contained in the particles can not contact with the acid quickly, the pickling effect is poor when the time is short. 4.Acid washing
The impurity minerals in quartz sand react with acid to form various soluble or insoluble salts. If the acid washing process is not operated properly, the quality of acid washed quartz sand will be seriously affected.
When the acid treated quartz sand is washed with water, the acid concentration decreases, and the impurity element Ca will react with HF acid to form CaF2 precipitate, which will be adsorbed on the surface of quartz particles. CaF2 will change color when drawing quartz glass tube.
The results show that CaF2 precipitation can be eliminated by the principle of chemical reaction equilibrium shift in the process of quartz acid washing., The mechanism is as follows
CaF2 ionizes a small amount of Ca2+ and F- in solution, and at the same time, Ca2+ and F- collide with each other to form CaF2, forming a reversible equilibrium equation. If the concentration of H+ is increased to make H+ and F- form HF, the concentration of F- can be reduced, which will promote the dissolution reaction of CaF2.
Therefore, it is necessary to control the pH value to 0.5-1, mixing for 3-5 minutes, and then remove the cleaning solution for 3-5 times to separate Ca2 +, Mg2 +, Fe2 +, Al3 +, Na +, K + plasma in the quartz powder cleaning solution, and then wash with a large amount of water to neutral. In this way, even if a small amount of CaF2 remains on the particle surface, as long as it does not exceed its solubility product, there will be no precipitation. In this way, the color change caused by CaF2 will not occur when the quartz glass tube is drawn.
Of course, other mineral elements can also cause discoloration. Therefore, strict operation of high purity quartz sand in acid washing is required. 5. Prevention of yellowing of acid washed quartz sand
The pickling quartz sand will turn yellow again after a period of time, The main reasons are as follows.
(1) There is no magnetic separation process before pickling of quartz sand. After pickling, some mechanical iron remains in quartz sand, and the mechanical iron oxidizes rapidly, resulting in the direct yellow of quartz sand.
(2) If the deacidification is not complete, the acid will remain on the surface of quartz particles and cause yellowing.
(3) The contact between quartz sand and handling tools causes secondary pollution (contact oxidation with iron) and yellowing.
In order to prevent quartz sand from yellowing, magnetic separation process must be set before pickling. Acid leaching equipment shall be made of acid-base resistant plastic containers. After cleaning quartz sand, dehydration and drying shall be carried out immediately. All processing equipment shall be well protected from contact between quartz sand and iron materials.
In addition, the external environment will also affect the pickling effect. In order to prevent dust pollution in the air, the air environment of production, packaging and storage must be strictly controlled. 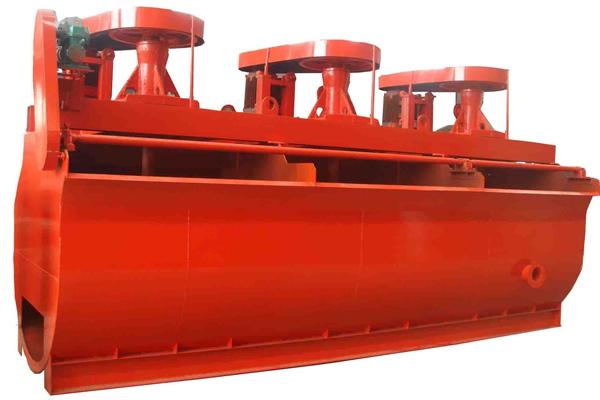