Effect of grain size on iron content of quartz sand

Sinonine studied a sand washing plant, which used quartz sandstone as raw material to produce quartz sand by grinding and washing with water. Under the microscope, the main composition of quartzite is quartz > 95%, and a small amount of impurity minerals. The grain size of quartz is about 0.2-0.5mm, showing a typical trilateral mosaic granular meta crystalline structure. The impurity minerals are mostly located between the quartz grains, and the size is less than 0.1mm.
There are many forms of iron in quartzite, such as dolomite, pyrite and iron oxide. Because of the high content of Muscovite in the sample, the proportion of iron content is relatively large.
In addition, according to the analysis of the magnetic properties of the impurity particles in the sorted quartz sand, it is concluded that the iron oxide in the quartz sand is mainly magnetite.
Grain size distribution of quartz sand
The quartz sand is screened, and the screening results are shown in Table 1.
Table1 Therefore, the change rule of iron content with grain size is that the larger the grain size (greater than 60 mesh) or the smaller (less than 180 mesh), the higher the iron content. 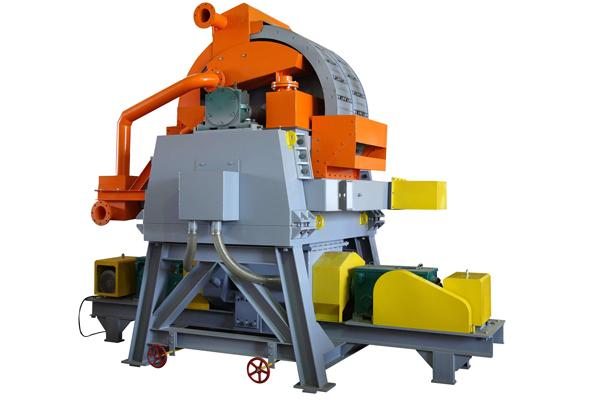